Go! Go! Go!: Racer - racing runner with excellent graphics made ​​with the SEL-shader animation. Driving, dynamic gameplay, a huge fleet of vehicles, various in-game features and races against real opponents make this game one of the best in its genre segment.
0
2
Comments:

Red Ball 4 - is the story of the violent confrontation between the two races inhabiting the world since ancient times. For a long time, good red balls to live in harmony with nature and with their neighbors - black, angular and evil cubes. And one last decided to make all like them, and the planet too. But the brave hero decides not to let that happen and hit the road, in order to fight with the enemy commander in chief.
0
2
Comments:

Love for sophisticated projects hardcore players with android devices found long ago. After the "accepted with enthusiasm" ten most horribly difficult projects, it became clear that the audience is constantly in need makeup nervounichtozhayuschih applications. And the harder the better. Meet Mmm Fingers.
1
4
Comments:

World of Gibbets - arcade his mechanics like a game that still has a slingshot and a lot of birds, but very, very differing filling. Beautiful graphics, physics is correct, the original structure of the locations, the challenges and the sad consequences are not accurate shooting will delight all who long for projects of this genre.
3
2
Comments:

Monster Dash - this is the final part of a trilogy about the most otvyaznye and fearless hero named Barry Steakfries, can be translated as, Bari Steak-with-potatoes. Of course, the character of that name must be, by definition of crazy so that all the monsters of the world are afraid of meeting him. After finishing with the evil scientists and hordes of zombies, he switched to the extermination of vermin.
0
0
Comments:

Our character and his mother live in the wilderness and to inject the turkey farm. The protagonist having gone on a binge for an indefinite amount of time completely abandoned their duties and sober now, he discovers that to themselves birds bred in incredible quantities. Deciding to earn this and please my mother repair, our farmer goes to work.
1
0
Comments:

Once earthworm Earl and his family took with them on a fishing trip, though their consent or who did not ask. And now they will have the sad fate bait. But only one thought that he would never see his family helped the protagonist to survive in this situation. Soon the ship's cook was surprised to find a living in the belly of Earl fish.
1
1
Comments: 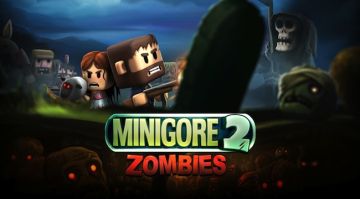 Minigore 2: Zombies - a remarkable sequel to the arcade android, made ​​in colorful graphics with cartoon human figures with square heads. You will enjoy the carnage against the zombies with a variety of weapons. Try not to panic when the screen you are attacked by such a crowd!
9
23
Comments: