Kubo: A Samurai Quest - Puzzle in classical mechanics "Three in a row" created after the cartoon about a young samurai released by summer 2016. Nice graphics, familiar characters, plenty of adventures throughout the many levels and loved by many gameplay will attract all who want to have fun with music and spend their free time.
0
0
Comments:

Moana Island Life - one more project from Disney released on the eve of the release of their full-length cartoon. The first game is the advertising content and offer players to prolong their adventure in a tropical paradise with the main characters, and other characters. The problem is that the developers have not made anything new or original.
1
2
Comments:

Onion Force - a smart strategy in the style of "The protection of towers" hybrid gameplay, superb graphics in the form of seasoned old school cartoons. Nicely drawn and animated characters, dangerous opponents and dynamic soundtrack will please all fans of unusual and high-quality projects, which have time to go into battle.
0
0
Comments:

Rodeo Stampede: Sky Zoo Safari - smart casual toy that easily absorb all your free time and a long time delay on mobile devices. Pretty "paper" graphic cartoon will give what is happening, and prolonged (virtually infinite) gameplay will not be afraid of the transience of pleasure.
1
0
Comments:

Pets Unleashed - straight from the tin puzzle in the style of "three in a row" coming out of the press under the monstrous ELECTRONIC ARTS. The game based on the animated feature "The Secret Life of animals", which will soon go to the movie theaters around the world. Multiple levels, beautiful animation and already recognizable characters will delight all fans anticipating the start.
0
0
Comments:

Smeshariki. Legend of the Dragon

Smeshariki.Legend of the Dragon - the game from HeroCraft based on the eponymous animated feature about the legendary characters, so beloved by children and adults. The project proposes to survive new adventures, travel and mini-games that will be a real gift for all fans who visited the cinema and eager to continue the celebration.
0
0
Comments:

FRZ Racing - an exciting arcade racing in which we are invited to participate in a complex and exhausting rally races. The game is a wonderful cartoon graphics, a camera from above, a variety of race cars and management just two buttons. And more than 500 trails allows a very long time to go before the end of the project. The path to the top will be long.
0
0
Comments:

Cartoon Survivor - hilarious adventure project for survival. The graphical style designed as a cartoon with a material made of paper or cardboard. The ruthless and crazy story tells us about the misadventures of the main character Dodo bird, which will run through many stages in the most dangerous talk show on the planet.
0
0
Comments:

Sky Whale or Kitolёt - new arcade adventure from the company Nickelodeon, known for its animated series and exciting games with unusual characters. And this time we are waiting for a lot of pleasure from the gameplay, funny moments and a pinch of craziness. It's not every day you meet a flying narwhal.
2
5
Comments: 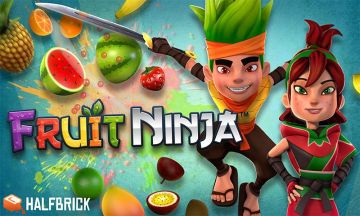